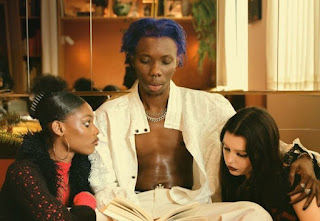 A follow-up to the controversial Sex Over Love album, Young Preacher counts at a wholesome of 14 tracks and includes guest appearances from Amaarae, Lojay, Blxckie, Cheque, Tay Iwar, Tekno, Bien, and Takura.

The album kicks off with the first track Young Preacher where he reflected on his life so far and of course, he talked about women as usual. Then comes the second track Hot Boy, just as it is aptly titled, Blaqbonez declared he is a hot boy.

Other noteworthy tracks on the album include the previously released Fake Nikes featuring Blxckie and Cheque, Ess Mama featuring Tekno, Whistle featuring Amaarae and Lojay, and the 9th track, She Like Igbo.