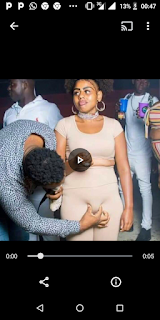 Some pastors nowadays have developed their own unGodly methods for dealing with religious difficulties, particularly in the Christian realm, but what is always amazing is that they all claim to be doing so in God’s name.

Before approving a marriage, the pastor examines the women’s vagiña to determine their ability to conceive.

Most pastors and church leaders’ actions in this era appear strange and unacceptable, but who are we to judge them? We cannot simply pass judgment on them because we lack authority, and only God knows whether or not they are acting correctly.

Sunday Chinedu, a Nigerian pastor who has developed his own method of determining whether or not his female congregants can conceive before marrying them, has recently captured the attention of the entire world.

What's your thoughts on this ?