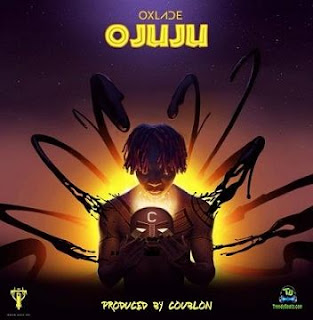 Here we have a new record on the platform. The Nigerian rave of the moment, Oxlade has come with a new song titled "Ojuju". He dropped this song not long ago which has become a Nigerian and African new record to deal with. The song is another one you shouldn't miss right here.

Oxlade has been going viral on social media due to his studio potentials in this musical tour. Currently, he has become one of the raving superstars to watch out for before the year ends. Oxlade has been accepting many featuring invites from many artists due to his current stand in the entertainment industry.This time, he comes into the public eye with an exceptional record named "Ojuju" which had the blessings of the sound producer, Coublon. The song is another one that will surely be worth a place in your playlist and here you have it.