[Leaked] Da Zion Umoh exposed list of married women in uyo that are into Le$b!anism 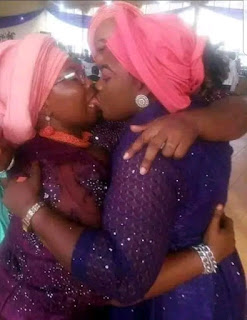 Do you know that most of the married women in Uyo are senior lesbians and they even have WhatsApp Group?

My investigation reveals that most of their husbands are on the that their wives are lesbians and they even know the married women that are dating their wives and they are very okay by that due to the randy lifestyles they've been living over the years.

Most of these Lesbians are products of some famous female schools that are located in Uyo and their lesbianism lifestyles started when they were in Secondary Schools.

These women are well known to us and their female flamboyant birthday parties are always open to only lesbians alone and that's why even their husbands can't attain their birthday parties due to what they are always doing with their tongues👅👅 and fingers 🖕🖕during the heat of the party.

They are running Lesbianism lifestyles in Uyo like fraternity and they even share private pictures in their WhatsApp groups.

All the Lesbian's WhatsApp groups have multiple wives of well known Politicians.

There's a serious beef right now in one of their WhatsApp groups because a married women who's a lesbian caught her girlfriend who's also a married lesbian cheating with another lesbian woman that's also married.

Too too bad, the married lesbian woman that cheated on her married Lesbian Girlfriend is married to a famous Pastor in Uyo.

Uyo has become the greatest sin city in Africa and these Lesbians are going around kissing in the public including kissing  inside Churches.