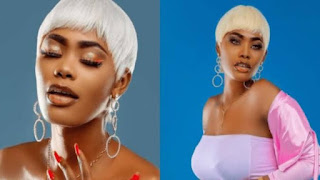 It was accounted that Oye Kyme gas earlier revealed that she had chosen to go into p0rnography because she is a lover of s£x and she makes money from the profession.

According to the viral tape, Oye Kyme can be seen kneeling before a naked man who can be seen m∆sturbating as she uses her mouth on his p€nis.