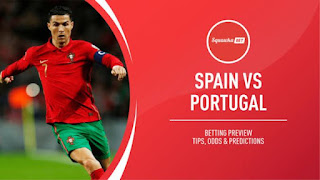 Spain and Portugal get their respective Nations League campaigns underway with an Iberian derby in Seville in Group A2. This is a game that neither side will want to lose, which has shown in recent meetings between the two sides, with each of the last four matches ending as a draw.

Luis Enrique and his Spain side finished as runners-up during the 2021 tournament after a narrow 2-1 defeat to France in the final. This year, they will be hoping to go one step further and take home the trophy, a feat that rivals Portugal accomplished in the inaugural tournament in 2019.