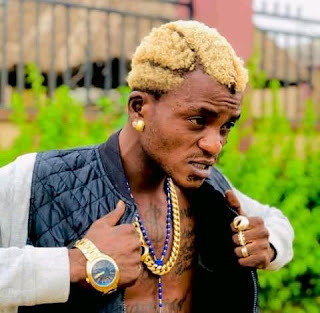 He is originally hails from Ogun State where he grew up with his parents and siblings.

Portable Omolalomi is the new wave in the Nigerian music industry with his new single Zazu Zeh featuring Olamide and Poco Lee.

Portable Omolalomi was born in a city in Ogun State, the Western part of Nigeria. He is of the Yoruba ethnicity.

He had his primary and secondary education in Ogun State where he grew up alongside his siblings.

Portable has been in the music industry for a couple of years before he came into prominence in December 2021 after Poco Lee introduced him to Olamide and they did a song together.

The fast-rising singer came up with the Zazu slag which is trending on the streets and on social media.

Portable Omolalomi is a fast-rising and talented Nigerian singer with an estimated net worth of $20,000.