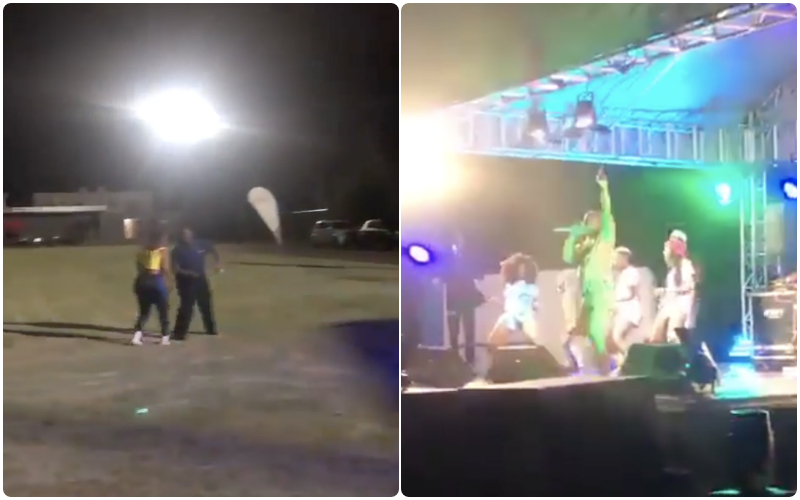 A popular, level-headed musician in Botswana was heavily embarrassed last night as only two fans turn up to his show in a stadium.

He was forced to perform to only these two fans.

The musician, who goes by the stage name Vee Mampezy, is reportedly among the top artists in Botswana.

He organized a show at a stadium hoping it will be jam-packed, only for two fans to turn up.

The tickets were being sold at the gate and despite printing a lot of tickets hoping to cash in on the festive season, only two people showed up.

Unbowed by the poor attendance, he continued with the show and performed for the two fans.