Home » Video » [E! Gist] List Of Artistes that performed at Davido 02 Arena Concert with their performance. (Watch below)

[E! Gist] List Of Artistes that performed at Davido 02 Arena Concert with their performance. (Watch below) 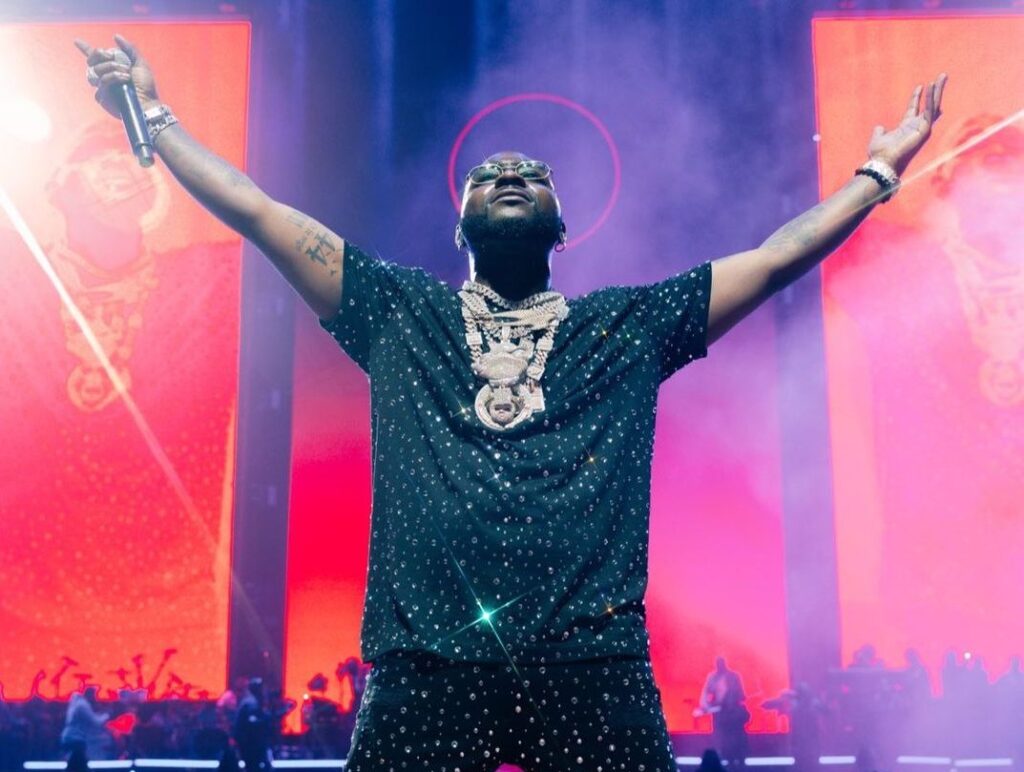 Davido made history on the 5th of March 2022 by filling the main bowl of the 02 arena in London to the brim. Arguably the most influential artiste in Africa, the afropop giant had artistelike Popcaan, Ckay, Adekunle Gold and so many artistes from all around the world come to perform. Checkout all the artistes that performed alongside the DMW boss:

To the thrilling of the fans, Reekado Banks performed one of the biggest song of 2021 titled Ozumba Mbadiwe. Jumping all over the place with an unmatched energy, Reekando Banks surely had a successful performance.

Davido and the dancehall musician, Popcaan performed the special hitsong Risky together yet again. Popcaan during the performance talked about how much he loves Davido.

The Nigerian reggae musician, Patoranking performed his viral hit song Abule and he and the main man, Davido also performed their collaboration titled Money together. With the fans singing the lyrics of the song one after the other is surely a joy to watch.

Teniola Apata thrilled the fans with her hit song For You in which she featured Davido. The singer who put on a green jacket as a good ambassador of Nigeria put in a good show.

When a club banger like High plays, it surely will be a very good vibe. Adekunle Gold made the fans present and online enjoyed themselves with his energetic performance with Davido. The energy between the two is unrivaled.

Brirish rapper, Tion Wayne performed his hit song Body to the fans at the 02 arena. The talented rapper also had . It should be noted that the rapper has a song titled Who Is Truewith Davido.

Ckay performed his global hitsong Love Nwantiti at the 02 arena with Davido. The talented mild vocal singer also performed his hit collaboration with the DMW boss. Adding his harmonious voice, Ckay had a successful outing

The song Baddest Boy is undoubtedly one of the biggest hit song of Skibii and he performed the song to the thrilling of fans with Davido.

The hit song Finesse by Pheelz and Bnxn was first performed at Davido’s 02 arena concert. Davido was surprised about how viral the song has went.

Davido and Focalistic has this chemistry together that any song they jump on together must surely be a hit. The two have 2 hit song and they performed the 2 songs together.

The amazing thing about Stonebwoy’s performance is that it falls on the day of his birthday. Davido, of course let people and this made their performance more magical.

You can’t have a show like that without a street vibe, Zlatan was there to provide that kind of vibe as he performed Bolanle and Ale yi.

Which of these performances do you love most? Share your views and opinions in the comments section below