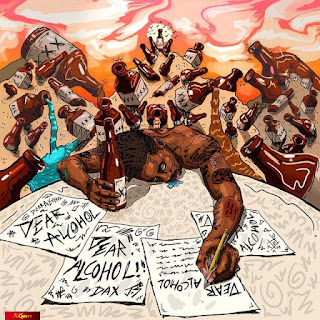 Dax rolls out with a new enchanting single titled, “Dear Alcohol” which has now gone viral, putting other tracks on mute.

The rapper and performer has been adding music and projects to fans’ playlists that are still creating waves in the business. He is one of the hottest worldwide rappers right now, firing out recordings one after the other.

“Dear Alcohol” is a follow-up to his previous record “Grinch Goes Vira,” which was published a few weeks ago.