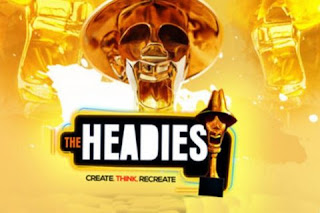 The venue of the 2022 edition of Nigeria’s popular music award show, The Headies, has been moved to the United States of America.

The award show is set to take place at the COBB Energy Performing Arts Center in Atlanta, USA.

This was disclosed by the show’s creator, Ayo Animashaun, during The Headies Big Announcement event, which aired via HipTV on Tuesday.

The event, which is scheduled to hold on Saturday, July 2, 2022, would be hosted by actress Nancy Isime and include performances by dancer, Kaffy and singer, Goya Menor.

Notably, the award show, which was usually held in Lagos, will be moved outside the shores of Nigeria for the first time.

It was also announced that the winner of the coveted Next Rated category would be walking away with a brand new Bently SUV.

Originally known as the Hip Hop World Awards, the Headies was established in 2006 to celebrate artistes’ outstanding achievements in the Nigerian music industry.