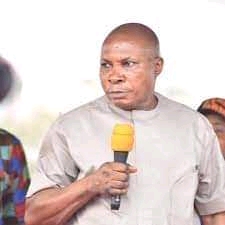 Governor Udom Emmanuel has dismissed Elder Enefiok Akpaedu Ekefre as the Honorary Special Adviser on Grassroots Mobilization. The Termination of Elder Ekefre’s services with the Akwa Ibom State Government was terminated with effect from March 1, 2022. A letter dated February 22,2022, signed by the Permanent Secretary, Government House, Dr. Nathaniel Adiakpan, reads in part, “I am directed to inform you that with effect from 1st March, 2022, your services will no longer be required. ” “With this letter, your offer of appointment as Honorary Special Adviser, Grassroots Mobilization in the service of the Akwa Ibom State Government is hereby withdrawn.” Reports from several quarters indicates that the sack is not unconnected to Elder Ekefre’s public Romance with the ambitions of Senator Bassey Albert. It would be recalled that the Chief of Staff to the Governor, Mr Ephraim Inyangeyen was also fired on the same day, via widely publicised letter, from the Secretary to the State Government, Dr Emmanuel Ekuwem. Ephraim Inyangeyen’s sack was premised on the basis of incompetence and lack of skills set to march the momentum of development in the State in peace.