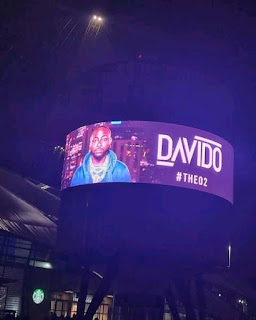 The O2 arena musical concert by Davido obviously lived up to expectations, the Afrobeat giant delivered a superb performance. However, the collaborative performance with Focalistic, Adekunle Gold, Mayorkun, Andree and Zlatan stood out.

Also, Davido had artistes from different continents of the world come to perform at his show, that, definitely is something huge.

You know it is always a national anthem whenever Davido and Focalistic link up together, the duo have two good solid sounds together, this collaborative performance is unarguably the highlight of the entire show.

There is something about Davido – it is unmatched. His performance with Adekunle Gold was top notch – the energy is unrivaled as usual. In fact, from the performance, AG Baby was not expecting to pull off such magnificent energy as they perform their hit song High together.

Upon all the hits they have together, there is no reasonable doubt that Mayorkun will turn up for his boss and mentor as he claimed. Their performance at DavidoO2 arena is surely a good performance as they sing their hit collaboration together.

Perhaps the strangest performance seen at the show, Ardee came with positive vibes, off his clothes and delivered an electrifying performance.

You can’t have a concert like this and not infuse some street vibes, and who would you rather have putting the vibes if not Zlatan Ibile. Davido and Zlatan performance was top tier.

Also, Davido had artistes from different continents of the world come to perform at his show, that, definitely is something huge.