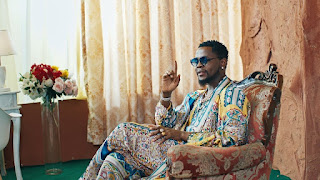 Kizz Daniel is reportedly utilizing the song “RTID (Rich Till I Die)“ to inspire his fans to put in hard work in 2023.

“RTID (Rich Till I Die)“ is a potential record that Kizz Daniel hinted to on Instagram a few days ago to start the year off on a high.

As a result of the success of his songs “Buga (Lo Lo Lo)“ with Tekno and “Cough (Odo)“ with EMPIRE, Kizz Daniel was one of the most streamed musicians of 2022.

In addition, Kizz Daniel gave two chart-topping performances at the recently finished 2022 FIFA World Cup fans festival to round off an incredible year.