Home » GIST » [Hot Gist ] Is this sense or senseless? (See what pastor do in church)

[Hot Gist ] Is this sense or senseless? (See what pastor do in church) church has reacted after a photo showing two people laying on each other on the church’s altar while a pastor and several church members put out their hands towards them, went viral and sparked outrage online.

According to viral reports, the pair had been trying for a child for ten years without success, and when they sought help from the church, the minister encouraged them to have coitus on the altar in front of the congregation.

The photo sparked controversy, with many people expressing their thoughts about it. 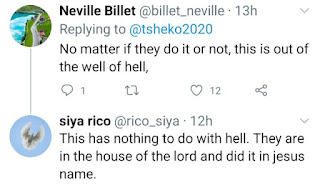 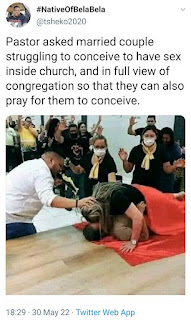