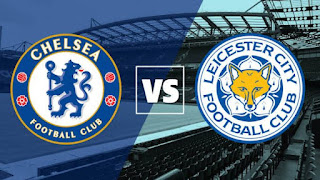 Chelsea will aim to increase the gap between them and second-placed Manchester City whe they will next travel to the King Power Stadium to take on Leicester City Live here on Kilamityhe Blues will head into this game on the back of a frustrating draw against Burnley. Brendan Rodgers’ Leicester also played out a 1-1 draw against Leeds United in their last Premier League game.

In Leicester’s last game before the international break, Youri Tielemans was forced to walk off the field due to calf discomfort. He also did not feature in Belgium’s match against Wales and Estonia and could sit out from this game as well. The duo of James Justin and Wesley Fofana has also been sidelined from this game. Ryan Bertrand and Marc Albrighton are making great strides in their recovery and are expected to be back soon.Meanwhile, in a timely boost for Chelsea, the duo of Mason Mount and Romelu Lukaku could return to starting XI as the two were spotted training with the team. Marcos Alonso is also expected to return to the field with this game while the availability of Timo Werner is still doubtful. Mateo Kovacic has also been ruled out from this game.