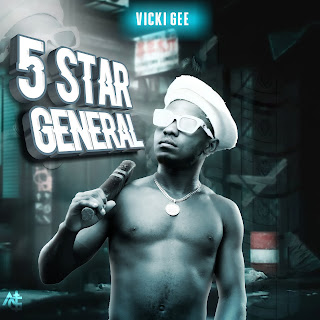 Supper talented and Emerging Nigerian Afrobeat artist, Tafah Victor Eseni, known by his stage name as Vicki Gee raves the moment with a new hit song as his debut for the year 2022

Vicky Gee born 3rd of August 2000, is the next big artist you definitely want to listen to. The young artist has spent most of his time crafting viral songs ranging from his other vibes such as Standard Level, Baby Duro, Voice of a Hustler, and More.

The young singer and songwriter, Vicky Gee also released his debut album titled Son of The Song in 2020 and it housed a total of 9 songs all hit vibes with Stay Far Away Mp3 taking the leading streams

Vicky Gee Hails from Cross River state, started recording  songs in the year 2018 when he first recorded his first single Voice of a hustler

And later on, dropped his first album titled Son of the song in 2020 and returned in 2022 with a brand new song titled Five-star general a song that speaks more of himself and how God has blessed him throughout his living years as an artist considering the fact that he came up from the street, he still takes the lead among his peers winning the 7th edition of the Topniaja music award in 2019.