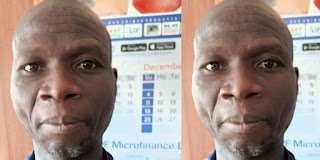 The Police in Adamawa State have arrested a 52-year-old man identified as Enoch Kwaleji, for allegedly raping a 13-year-old in Sangere Jabbi lamba, Girei area of the state.

It is reported that the incident happened in the evening of 15th November, 2020. The suspect reportedly lured the victim to an uncompleted building and defiled the teenager. The incident was reported to the Divisional Police Headquarters, Jabbi Lamba by the victim’s mother.

In other news, A 14-year-old girl (name withheld) has accused her father of forcefully having carnal knowledge of her in Ibadan, the Oyo state capital.

The minor, who lives in the Olosan area of the Ayegun Community in Ibadan, pleaded with a vigilante group, the Oluyole Security Surveillance Team (OSST), to take her out of her father’s house before he would destroy her. [CONTINUE READING]