GET A BLOG LIKE THIS FOR AS LOW AS 20K CALL ME +2348163031956
Twerking has become a popular thing to do on social media sites, but everyone does it for different reasons.
Some people twerk for the sake of social media hype, while others do it to gain more followers.

A video that is going viral on the internet features a woman who came dangerously close to exposing her breasts while she was twerking, which has gotten people talking on social media.
Advertisement-- 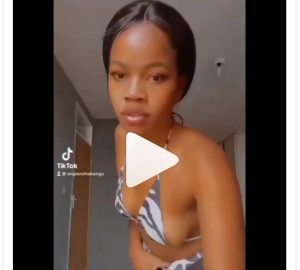