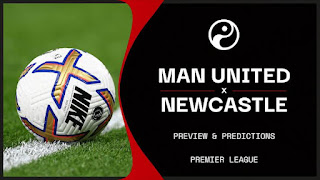 Man United were in Europa League action on Thursday night when they faced Cyrpiot side Omonia Nicosia who are managed by former Celtic boss Neil Lennon. In the Premier League, they will be looking to build on a positive performance when defeating Everton 2-1 at Goodison Park last time out.

At Old Trafford, the Red Devils have been strong this season winning three of four played in the top-flight including defeats of Arsenal and Man United. Each of the last three played here in the league have seen both teams net.