Home » Video » She too twerk HalfNaked online She can't marry my brother, Lady Reject a girl her brother brought for introduction

She too twerk HalfNaked online She can't marry my brother, Lady Reject a girl her brother brought for introduction 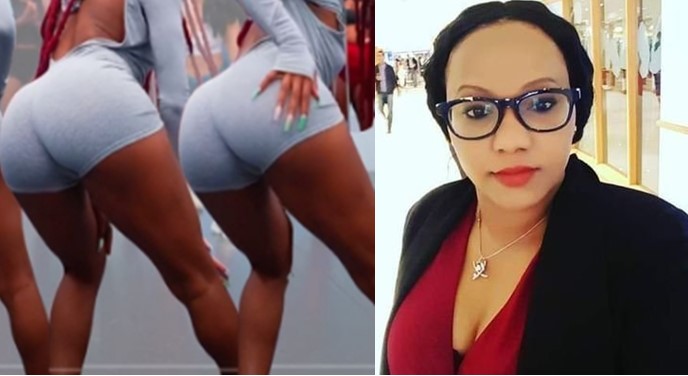 A Kenyan woman identified as Bianca Wamu, she has revealed that she got into a quarrel with her brother over the woman he intends to marry.

She rejected the woman he introduced to the family as a wife   because she does not like  her online personality as a ‘serial twerkies’.

She said her brother’s woman always posts videos of herself twerking half-naked on social media and she felt it would not be right to turn a blind eye and allow her sibling marry such a lady.

According to the woman, she informed him of her dislike for the lady because of what she does and asked if he could not find someone amongst the women in Kenya that will be a good mother to their kids.

She said he has refused to talk to her ever since she made him realise that she is not in support such a union.

Bianca said; “My brother wants to marry this LADY, but I’ve issues with the girl! The lady is a serial TWERK. Shares videos dancing HALF-NAKED. Yes, I know my brother loves her, but I’ve asked him,” Of all the WOMEN in Kenyan,you can’t find a good MOTHER for my nephews?” He’s not TALKING to me.”