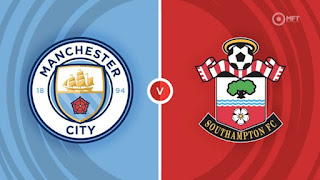 THE Manchester City juggernaut is starting to hit top gear and you fear for Southampton as they head to the Etihad for a daunting Premier League clash with Erling Haaland and Co.

This is City’s third home game in a row and they head into it having netted 11 goals across thumping victories over Manchester United and FC Copenhagen.

Deadly striker Haaland hit his third hat-trick of the season in that 6-3 derby romp and would probably have grabbed another had Pep Guardiola not taken him off at half-time after netting twice against the Danes.

That 5-0 Champions League victory brought up two of my bets and it’s hard to see anything except another comfortable victory when a struggling Saints side come calling.

Ralph Hasenhuttl’s men made a decent start to the season but they have hit a bump in recent weeks, losing three games in a row to drop dangerously close to the drop zone.