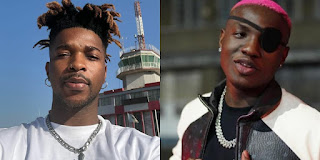 Fast-rising singer, Alexander Adelabu, professionally known as Magixx has thrown hot shades at his colleague, Ruger following the release of his new tracks.

But prior to their release, Ruger threw a shade by indirectly insinuating that songs from his colleagues are basically noise.

Ruger who doesn’t let matters like these slide is yet to respond to this jab.