Home » »Unlabelled » Not all of us are evil, I convinced my lover to buy car for his main chic – Side chic

Not all of us are evil, I convinced my lover to buy car for his main chic – Side chic 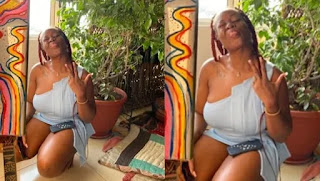 A young Nigerian lady has taken to social media to narrate what she did to show that being a side chic is not as bad as people make it out to be.

She said that she was able to convince the man who is secretly dating her as his side chic that he should buy a car for his main babe.

The young woman known as @d_xciii on Twitter said the man’s partner had been asking him for the car and it was after she (side chic) adviced him that he eventually bought it.

The woman tweeted; ”Finally convinced this man to buy the car his babe has been asking for, and he got it. See, not all sidechicks are evil. Some of us still want your relationship to prosper 🤷🏾‍♀️”

When asked if she won’t also request for her own car, she said that she has a boyfriend who will get it for her.

She said; ”Lmao maybe my own boyfriend will buy. I hope his side is nice like me 🥲”

@d_xciii then left netizens in shock when she expressed hope for her own man to have a side chic that’s nice like her.

young lady known as humancentipeachh on TikTok has narrated how she shared some private things with her bestfriend only for her to use it and try to snatch her man.

She revealed that she wanted to buy some gifts for her boyfriend’s birthday and she decided to show the items to her bestie.

However, the bestfriend went behind her back and bought every item on the list, which she then rushed to present to her friend’s boyfriend as birthday gifts before the girlfriend got the chance to do same.

Though the girlfriend was confused as to the reason her friend did that, she surprisingly expressed thanks for helping her to save money.

”When I showed my bestfriend the list of gifts I planned on getting my man for his birthday and she bought all of the items and gifted it to him before me”, humancentipeachh wrote.